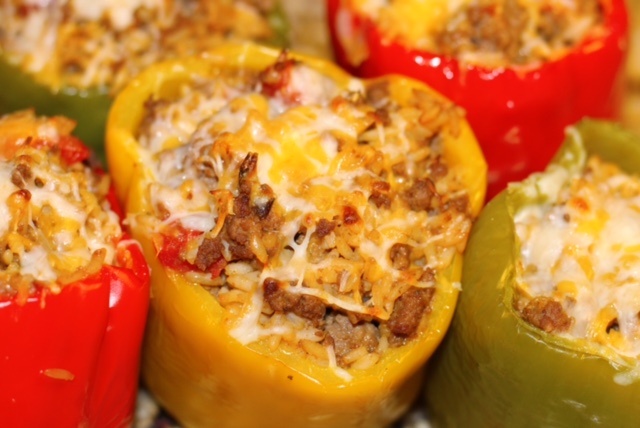 Last night, Richard and I couldn’t decide what we wanted for dinner, per usual. He suggested spaghetti, I said no. I though that lasagna would suffice, but he said no. So we were back at square one. I hopped on Pinterest for some inspo and the first thing that popped up were stuffed peppers. We both said “hell yeah!” and then this happened.

I forgot to take the cheese out of the fridge before I took a picture of all the ingredients, but I topped the peppers with mozzarella and cheddar. I added the recipe below if you want to check it out. It’s incredibly easy to make and super duper yummy. I hope you try it. Let me know in the comments if you love stuffed peppers as much as I do! 🙂