Taco Tuesday has been competing with Meatless Monday for my favorite day of the week for a long while now. That was until these Caramel Apple Cheesecake Tacos came into my life. Four words: Heaven. On. A. Plate!!!

I wanted to do a spin on Taco Tuesday, so I thought dessert tacos would be perfect. I combined one of my favorite meals (tacos) with one of my favorite desserts (cheesecake), and magic happened. This was super quick to make and was certainly a hit in my house. Make sure you head over to my YouTube to watch the step by step of me making these. Ingredients and directions below. Enjoy! 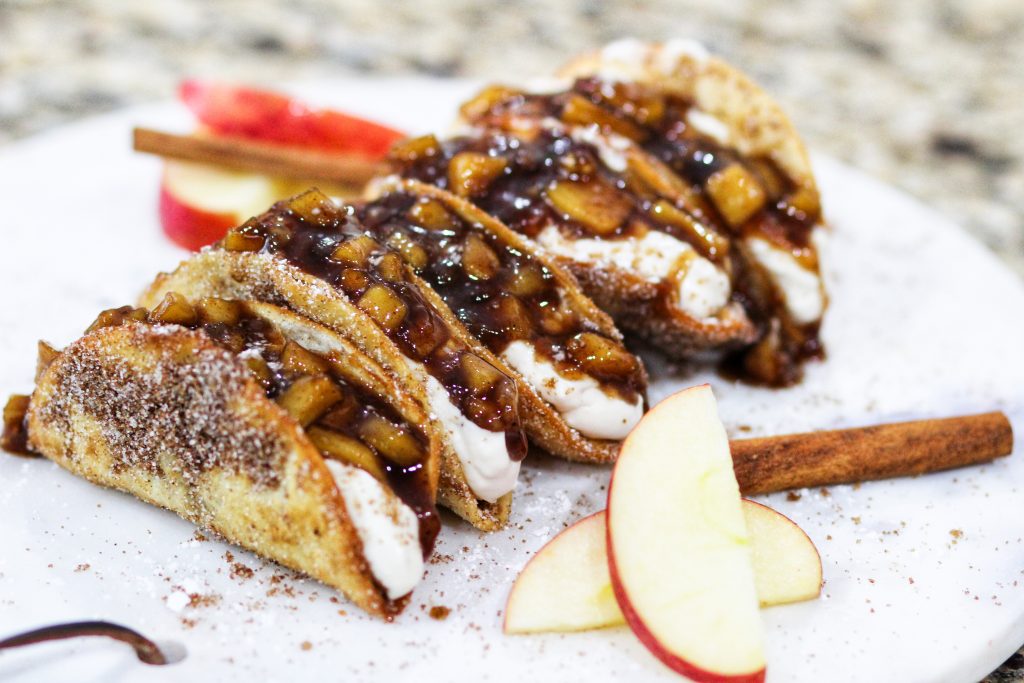