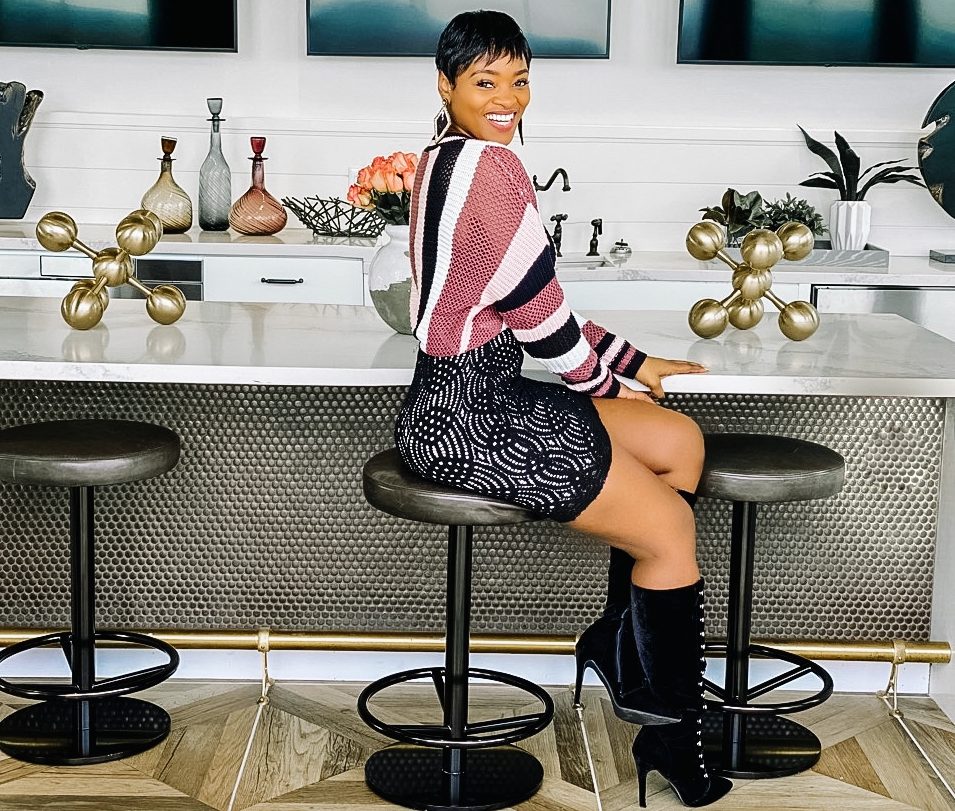 Being a foodie, recipe creator, and self-proclaimed chef, I spend a lot of time in my kitchen. So much so, I’ve collected my fair share of kitchen items/ appliances. From juicers, to waffle makers, to George Foreman grills, to the Instant Pot, if you name, I probably have it. While each item serves its own unique purpose, there are some kitchen items that I simply can’t live without.

As I was recipe testing for my next e-cookbook, releasing the week of Valentine’s Day (shameless plug), I found myself gravitating to certain cookware. I figured, since you’re probably going to purchase my e-book, I should probably share some of my must have kitchen gadgets. In this blog, I’ll be discussing each items use, why I love it, and a link for purchase. So, here we go: Consuella’s 5 must Have Kitchen Gadgets. 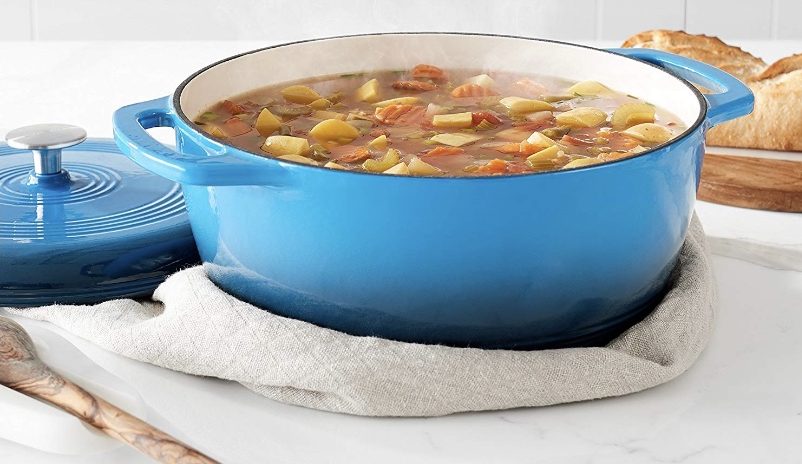 Contrary to the name, a Dutch oven isn’t actually an oven- it’s a pot. But not just any pot, it’s quite possibly the best pot you’ll ever own. A Dutch oven is a thick-walled pot with a tight-fitting lid that is typically made out of cast iron or ceramic, which distributes heat well. Due to its size and construction, this pot is really good for soups, stews, or braising. I love that this pot is oven safe and is perfect for long-simmering meals. For my braised short rib recipe, I brown the short rib on top of the stove in this pot to get the edges nice and seared, and then I finished the braising process in the oven. It comes out divine every time. Also a great time saving options for soups, stews, and saucy dishes. A chili that would take 4 hours in a crock pot, can take about 30-40 minutes in a Dutch oven and taste exactly the same. Imagine if a cast iron skillet and a crock pot had a baby, the Dutch oven would be it. You can purchase the Dutch oven I use here. 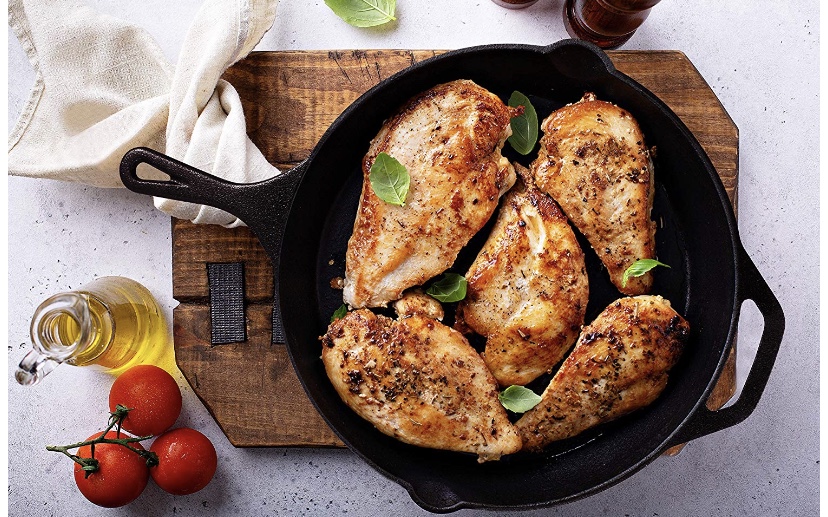 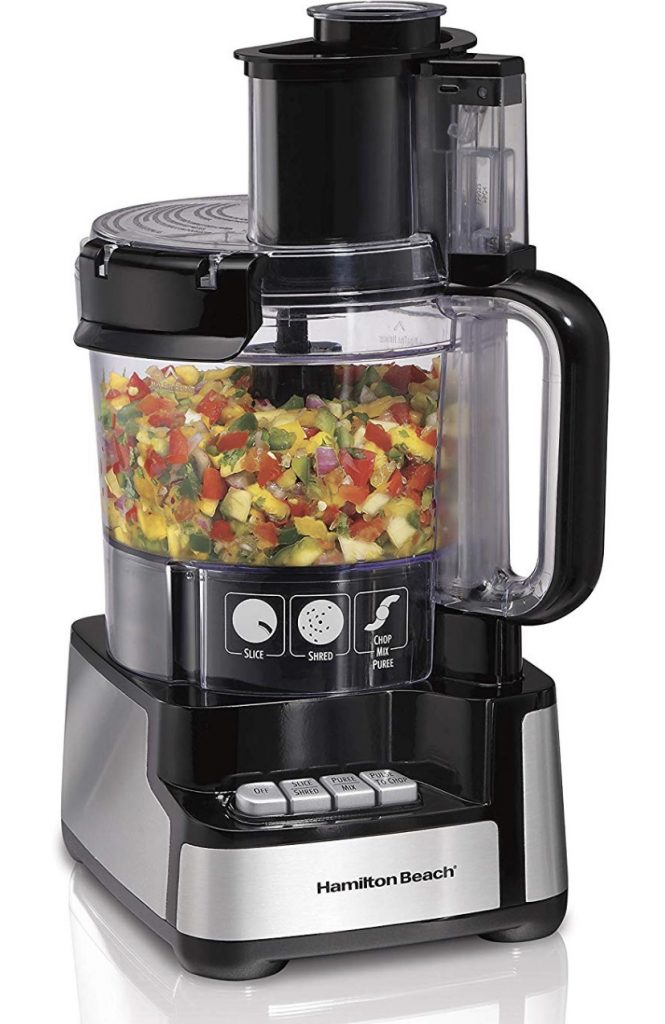 A food processor is a kitchen appliance that can chop, slice, dice, mince, grind, blend, or puree almost anything. Funny story, I purchased a food processor back in 2015 and never used it. One day I went to make a smoothie and realized my blender was broken. Out of desperation, I threw all of the ingredients into the food processor, crossed my fingers, and turned it on. It made the best smoothie I ever had! Many people compare food processors and blenders because they are very similar. The biggest difference is that blenders are more so for liquids, while the food processor is for more labor intensive tasks. Imagine a blender on steroids that can handle almost any food. If I’m making dinner and I need chopped onions, peppers, or garlic, I’ll throw them in the food processor and in 20 seconds, I have chopped onions and peppers and minced garlic. I’ve made all kinds of sauces in here from pesto and hummus to avocado mousse and pico de gallo. i even throw frozen bananas in there mixed with other things to make a soft serve “ice cream” and it’s so good! I use my food processor at least once a week and it’s one of my most coveted kitchen appliances. If you don’t already have one, you can get the one I use here! 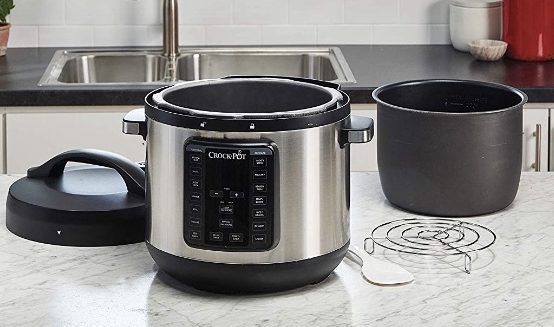 My mom gifted me a pressure cooker a few Christmas’ ago and it honestly sat in my garage for almost a year before I used it. I decided to whip it out to make some oxtail a while back and I’m made I took so long to start using it. A pressure cooker uses the method of raising the pressure in a sealed vessel, which forces liquid into the food causing it to cook faster. Because liquid and moisture goes into the food, it cause the meat being cooked to get very tender, very quickly. Unlike a crockpot that cooks food slowly, a pressure cooker cooks food extremely quickly, while still providing the same delicious taste as a slow cooker. When the holidays roll around, or when you’re going to be preparing a feast and need to cut down on time, the pressure cooker is your best friend. I threw some smoked turkey neck in the pressure cooker, poured in a bag of dry, unsoaked black eye peas, filled it with liquid, and within 45 minutes, I had delicious black eye peas and smoked turkey necks, falling off the bone. I thought my grandmother came to visit- it was that good! Speaking of which, I’m going to have this recipe in my upcoming e-cookbook, so make sure you grab a copy. If you want a tool that will cut down your cooking time, and allow you to pour a bag of dry beans into a pot an be done in half an hour, you can get the pressure cooker I use here. 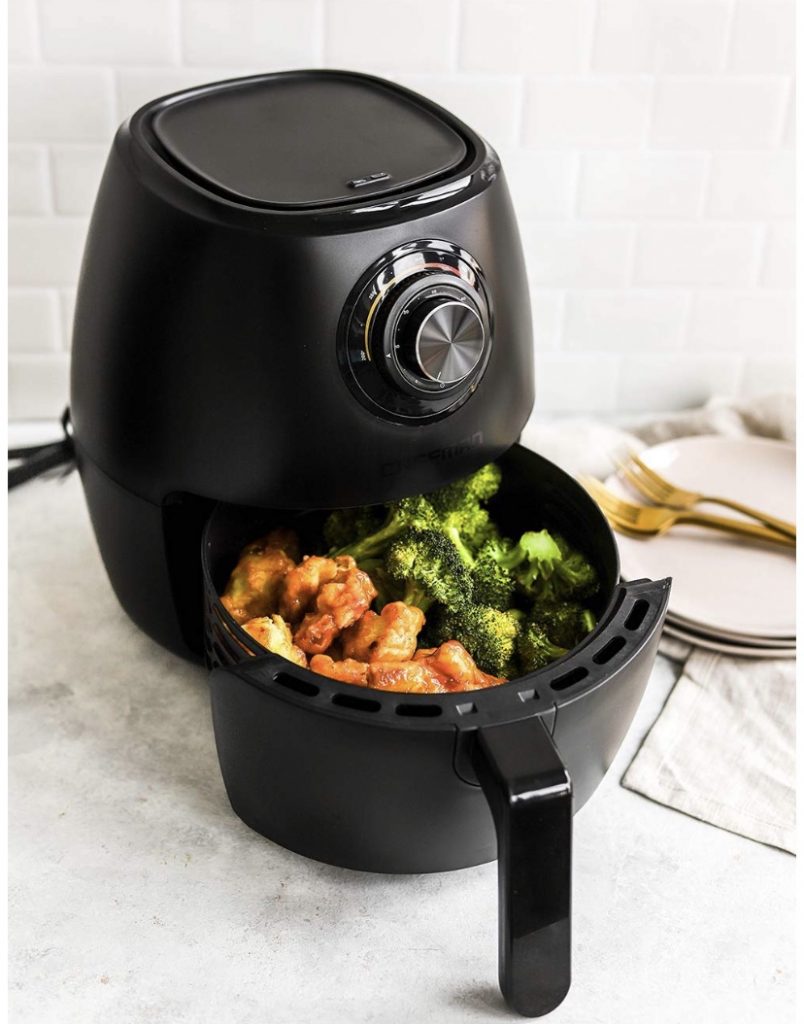 I will admit, I was a latecomer on the air fryer bandwagon. The air fryer took the word by storm, and for some reason, I was being resistant to it. Well, I’m here to tell you- believe the hype! The air fryer is essentially a new age counter top convection oven. It cooks food by circulating hot air around the food using the convection mechanism. The beautiful thing about an air fryer is that is gives you a nice crispy “faux fried” flavor with out all of the extra calories and grease that come with traditional deep frying. So yes, it is in fact healthier for you. I’ve made sweet potato fries, shrimp, salmon, chicken, and vegetables, and each time it was delicious, crispy, and close to fried perfection. If you were considering this gadget, I’d say go for it- it’s totally worth it! You can get the air fryer I use here.

I have so many more kitchen gadgets that I’d like to share, but these are at the top of my list and I think you’ll love them all. I wanted to let you know that if you purchase from any of these links, I will receive a small commission from it. I hope you found this post helpful! Which of these are you most excited to try?? Let me know if you’d like to see more posts like this. Oh, and make sure you get my e-book, it will not disappoint! If you don’t have time to read this and want to be able to look back on it for the future, save this pin to one of your boards on Pinterest. 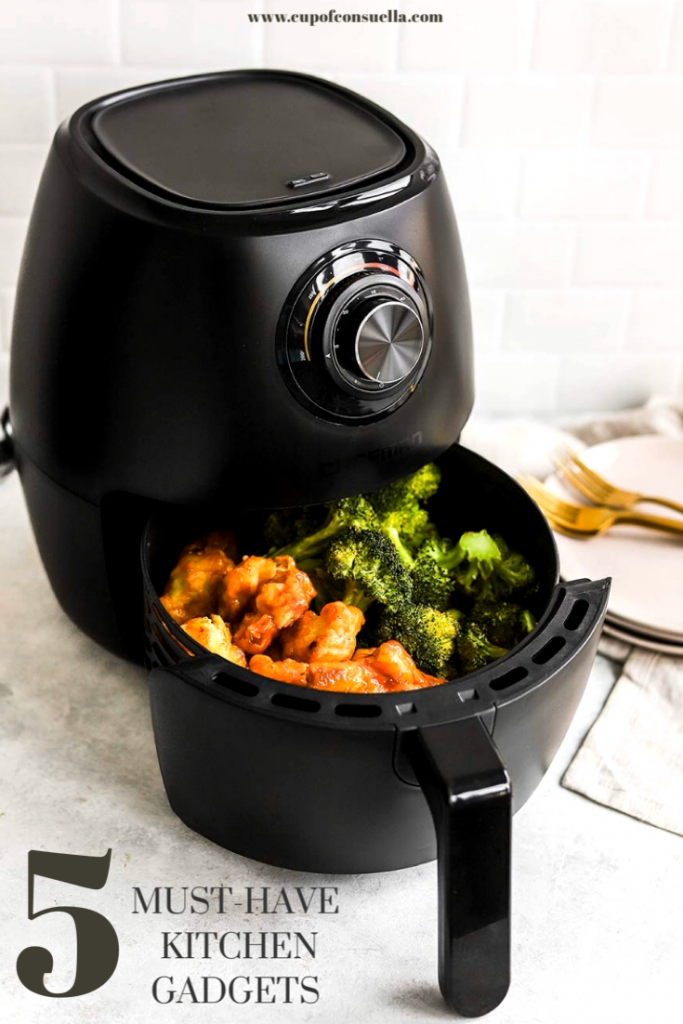